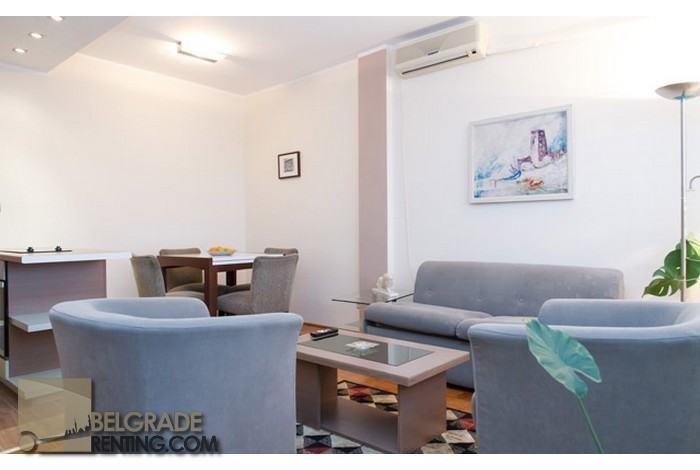 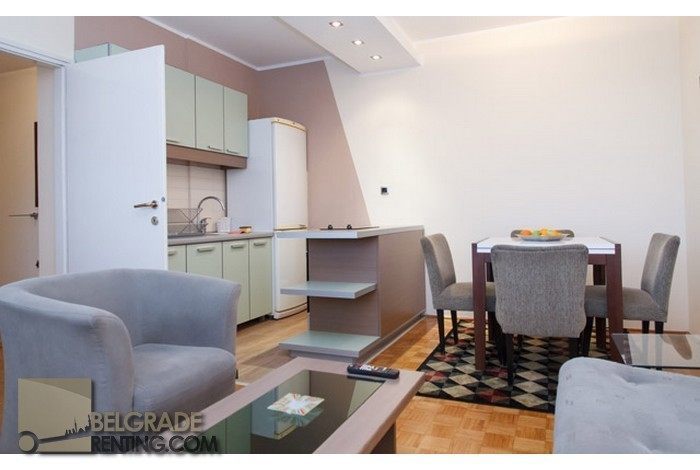 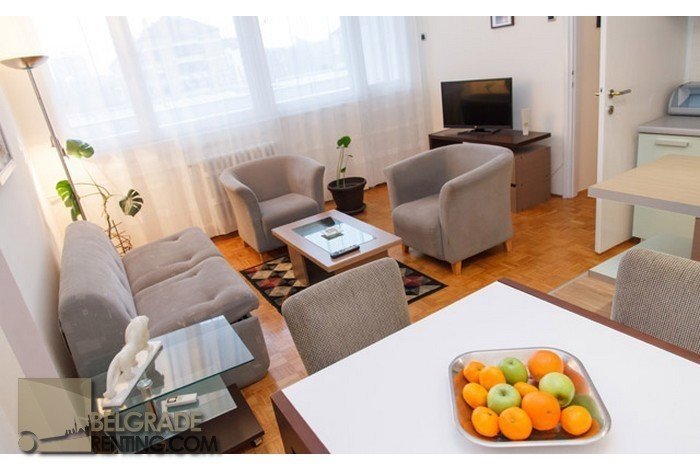 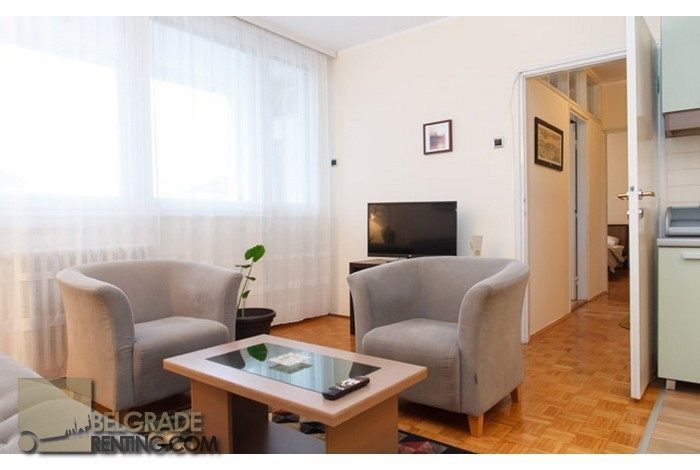 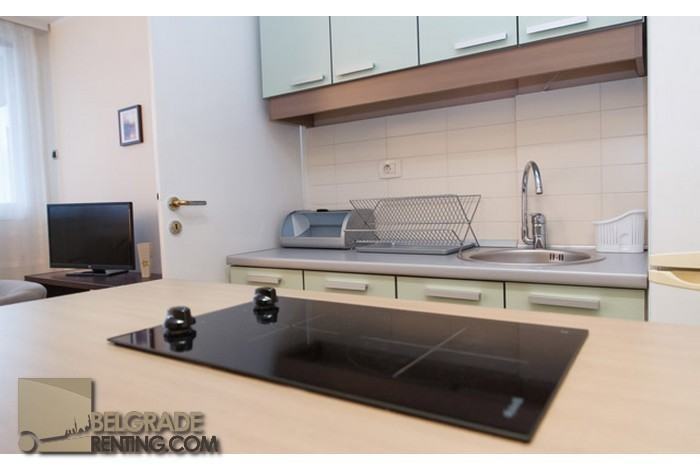 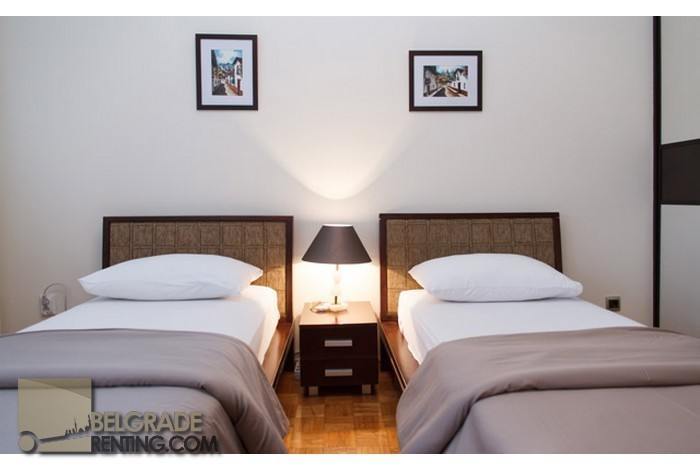 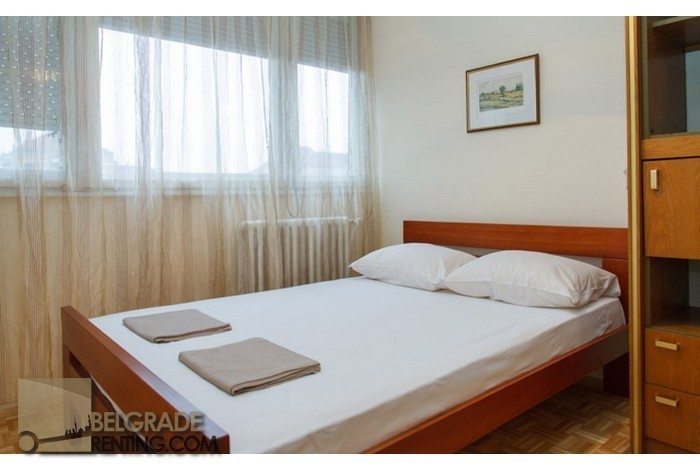 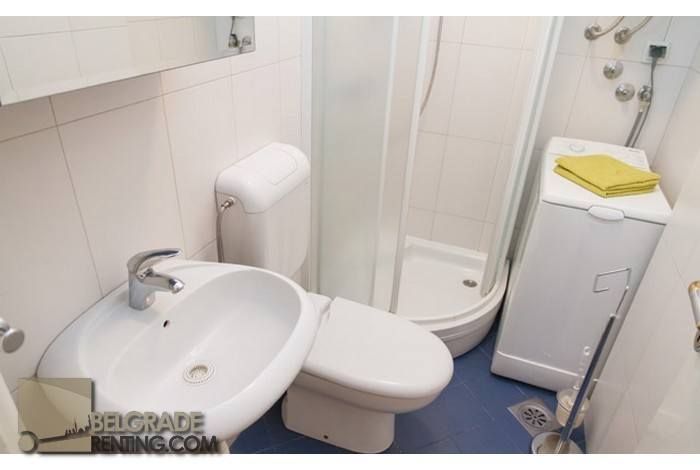 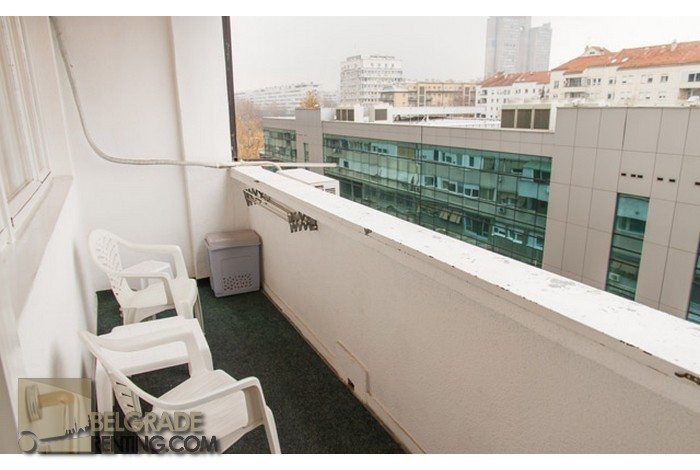 Previous Next
Book Call Us

Two bedroom Apartment  Premier is located in New Belgrade at the Zorana Djindjica Boulevard.The apartment is fully equipped for 6 people. In the living room there is a sofa bed on which can accommodate two people. In the living room there is also a kitchen and dining room. It has two bedrooms, one has two single beds while the second has a double bed which can accommodate two more people. It consists of a kitchen, living room, bathroom, two bedrooms and a terrace. The apartment also has cable TV, washing machine, air conditioning and internet. The apartment is located in the immediate vicinity of Belgrade Arena (Kombank arena) that can be reached in 15 minutes on foot. Also in the vicinity of the apartment are the famous rafts of Belgrade (hotel Yugoslavia) and they can also be reached in 15 minutes on foot. Nearby there are a large number of fast food restaurants.